Introduce to the treasures 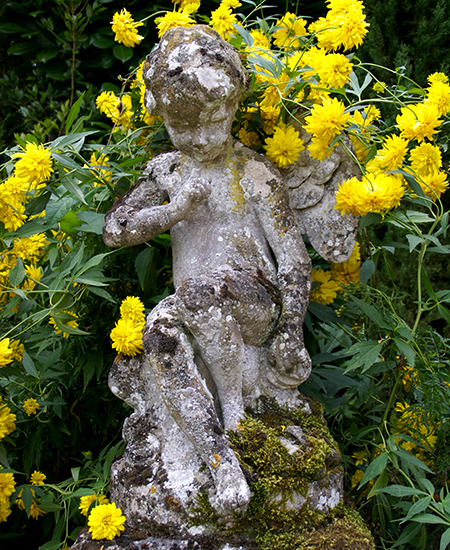 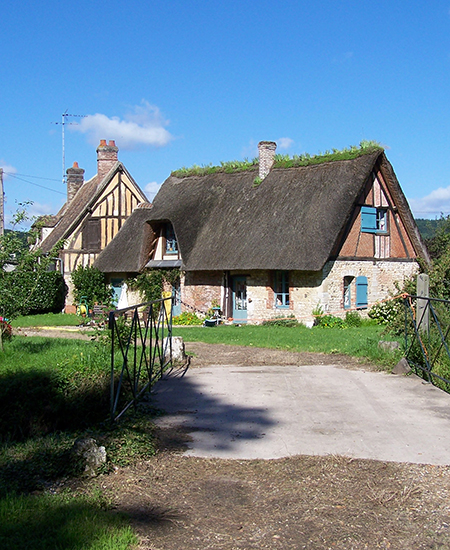 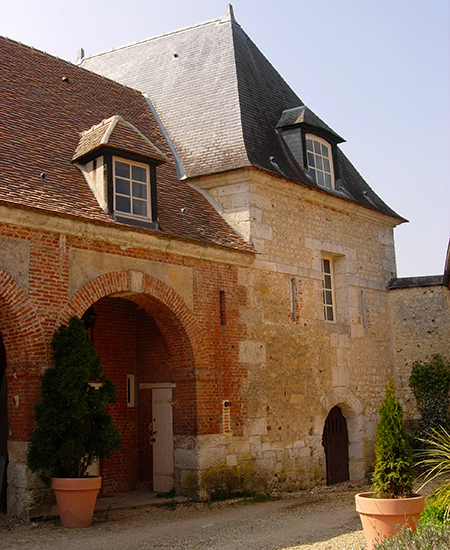 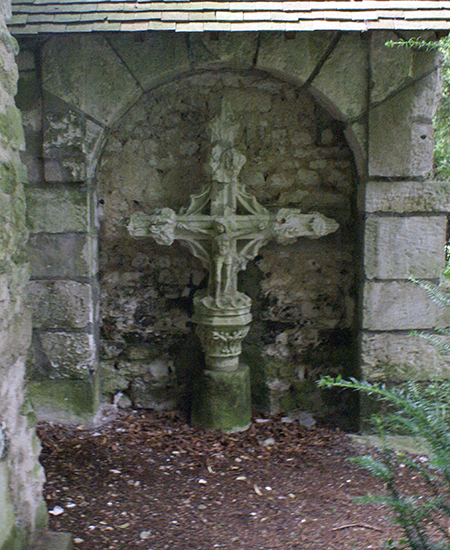 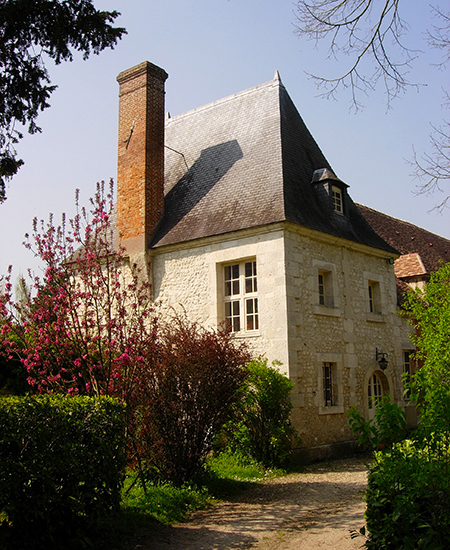 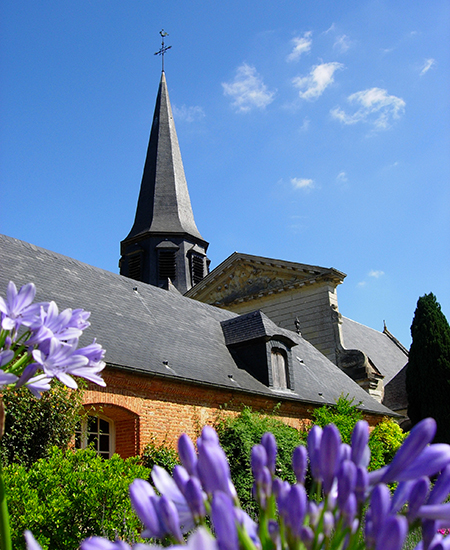 At every turn, whether it is in full sunlight or in the shade of magnificent hundred-year-old trees, the promenade welcomes the visitor to the discovery of hidden treasures of the park.For example, close to one of the large sequoias, one can find a fully restored typically Norman 18th century straw-thatched cottage. The top of the roof consists of a bed of clay planted with irises and sedums. The roots of the plants ensure that the clay is stabilized and waterproofed by holding the clay in position, even when it is raining. The flowers on the roof and the painted blue woodwork lend the cottage a particular charm.

On the path that leads to the “Potager”, a stone bench invites you to contemplate the carved Christ from the 14th century, which is remains from the cloister of the ancient priory and is sheltered by the remains of a defense tower.

Over the course of the promenade, the tiled roof of the chapel of Saint Mauxe peeks out from its shroud of greenery in the shade of the 18th century yew trees. This modest chapel was reconstructed in 1747 by Monsieur d’Acquigny and entirely renovated in 1991. Inside lie the remains of Saint Mauxe, Saint Vénérand, and their 38 martyred companions, of Anne de Montmorency Laval, and of several members of the d’Esneval family, such as Claude le Roux, who bought the chateau in 1656, Monsieur d’Acquigny….

Upstream of the large waterfall, in the shade of a weeping willow and close to a Père David’s maple, a Romantic column with its sculpted an olive branch subtly recalls the column that honors the tomb of the Romantic poet Gérard de Nerval, located at the Père Lachaise Cemetery in Paris.

At the end of the orangery walkway, where Mediterranean vegetation and citrus trees transport us to an enchanting universe full of scents and of poetry, is a sculpted stone angel, finger on his lips. In doing so, he seems to invite the viewer to silently take in the beauty of this place, and to immerse themselves in the natural harmony of the site.