Under the Shade of Colossal Trees 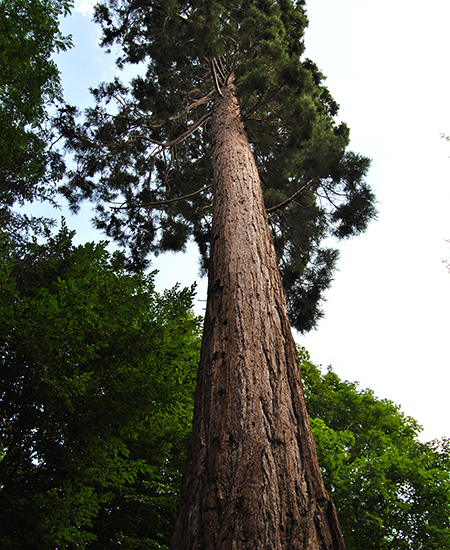 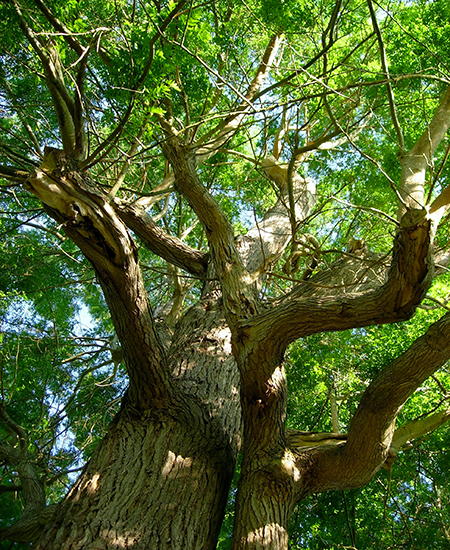 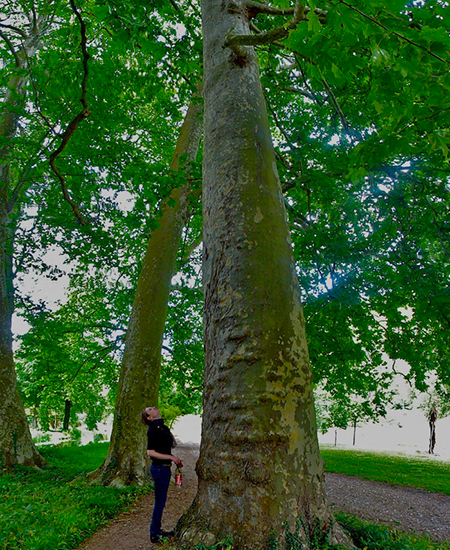 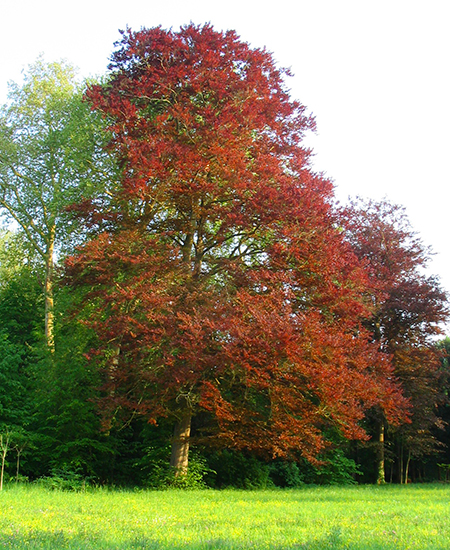 Trees hold a place of prominence in the park with their majestic size and diversity of form and color. They border the promenade in groves, in clusters or even standing steadfastly alone. The exceptional trees that can be found here were placed according to the botanical preferences of President d’Acquigny and his descendants, while the ecosystem of Acquigny provides light, heat, and water to the plants, allowing for such trees to be planted and sustained.

The Kingdom of London Plane trees 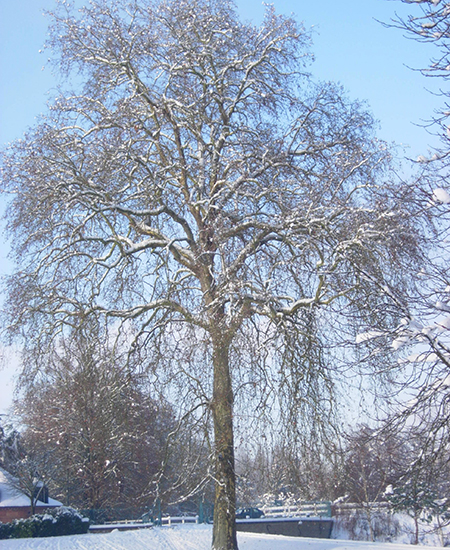 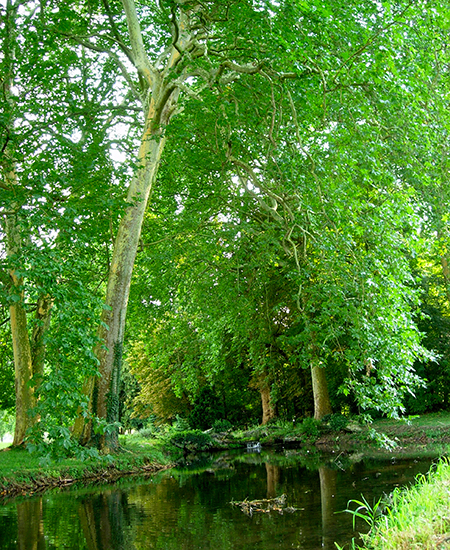 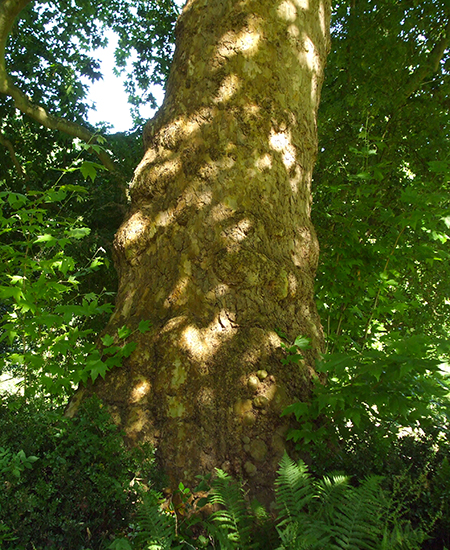 Acquigny is home to a kingdom of London Plane Trees (Platanus x hispanica). These trees are among the tallest known in Europe. Some of reach circumferences of more than 8 meters, others of these trees reach spectacular heights, the highest London Tree reached 47 meters in 2002, and continuing to grow today. These trees are sprinkled throughout the park, above the grand waterfalls, along the river, and at the threshold of the woods. In addition, the Copper Beeches Trees (Fagus sylvatica purpurea), elegant Lime Trees (Tilia cordata, Tilia platyphyllos), powerful Horse Chestnut Trees (Aesculus hippocastanum) reach exceptional sizes.

While the park highlights the traditional species of the region, plants coming from all of the continents are equally sublime. As the promenade progresses, one can admire trees of unusual size, from the Far East, Central Asia, and America. The two Pagoda Trees (Sophora japonica) given to Monsieur d’Acquigny in 1768 by Jussieu have a particularly remarkable scale, similar to those of the Jardin des Plantes of Paris.

Special attention is also merited by two Swamp Cypress (Taxodium districhum) from Louisiana trees and two Wellingtonia Tree (Sequoiadendron giganteum) coming from America, as well as an Austrian Pine (Pinus nigra), very much in style with the discovery of the mountain where it grows by Jean-Jacques Rousseau. 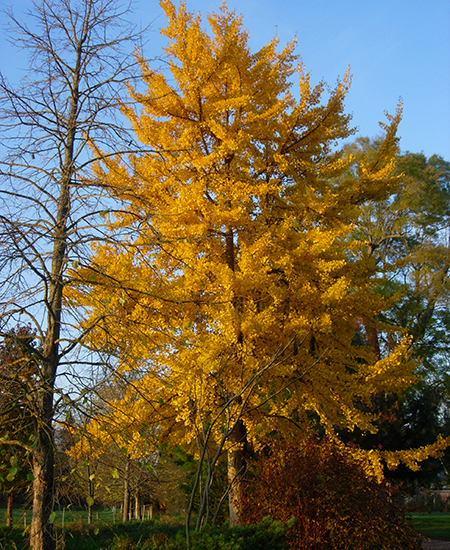 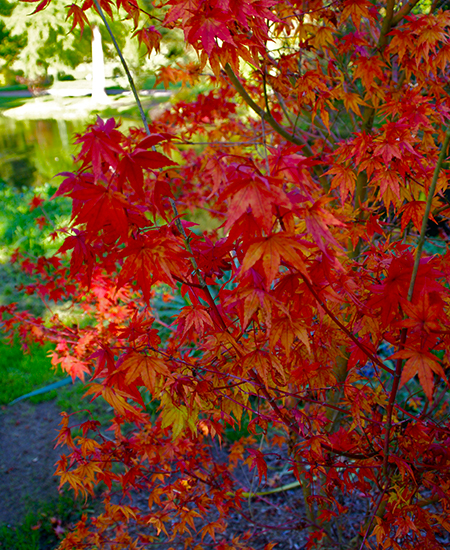 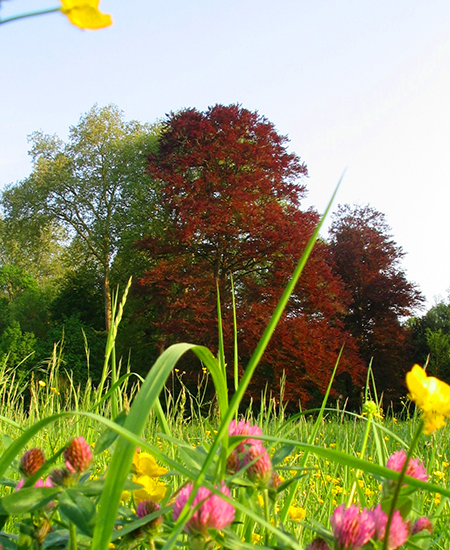 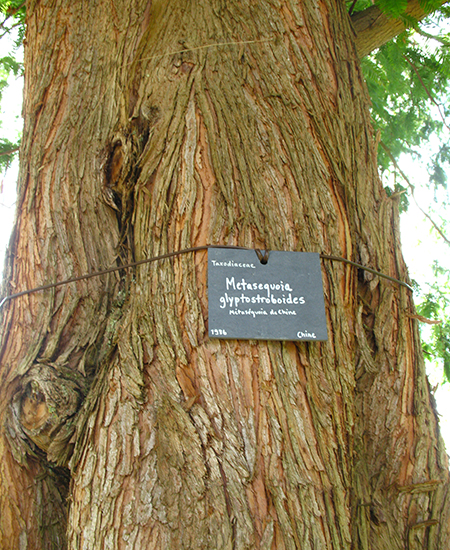